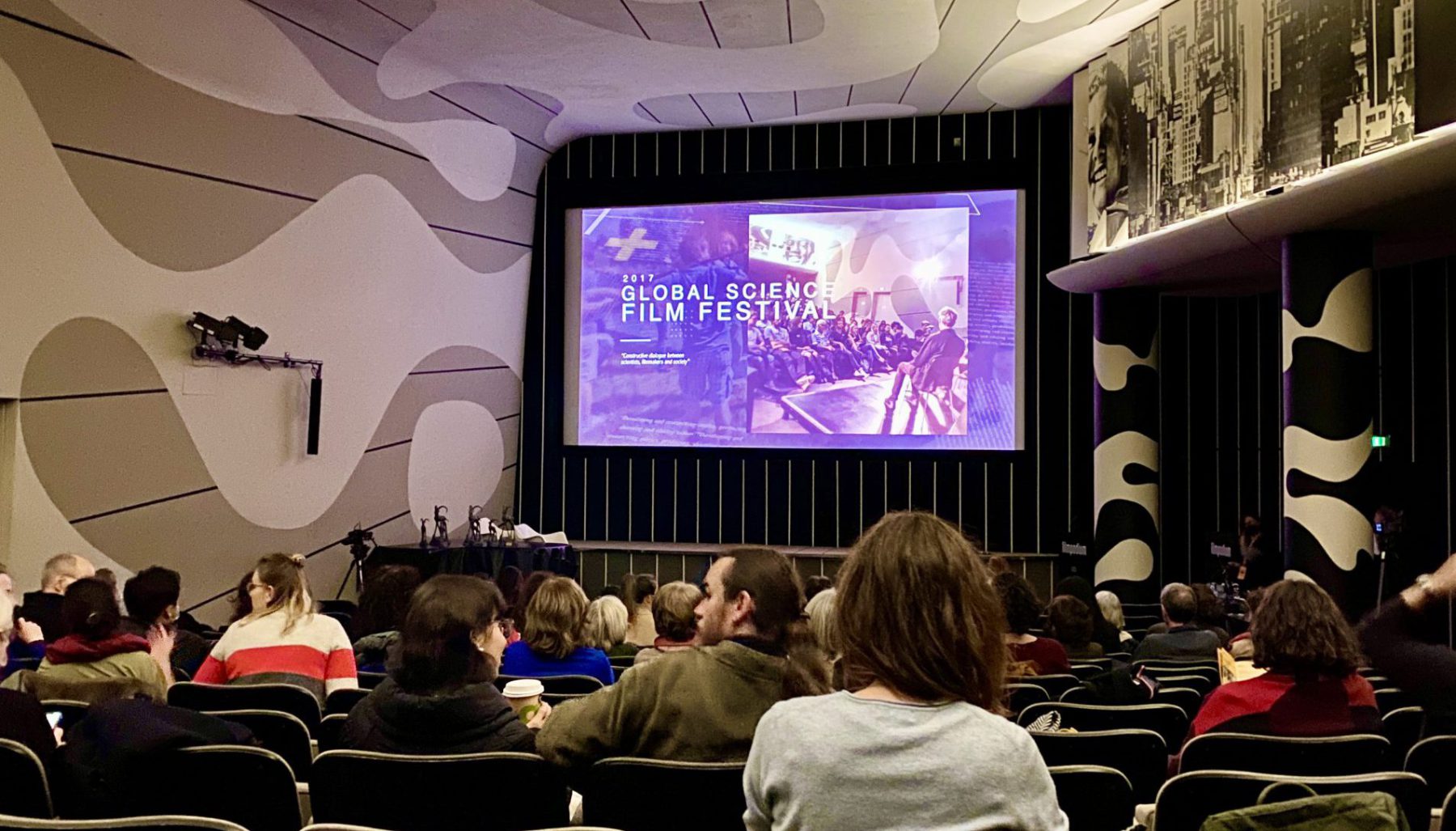 Common purpose of science, publishing, and film is getting the message across to the audience. Swiss Science Film Academy believes that the “shortest distance between science and society is cinema”. Karger Publishers shares this belief and this is why we decided to organise and sponsor events whose purpose is to connect film, storytelling, and science, such as the Storytelling for Scientists Workshop,  the Filmmaking Marathon and the Global Science Film Festival.

Below you will find experience reports by participants of the 5th Filmmaking Marathon, whose short films were also shown at the Global Science Film Festival this November (see our previous article about the GSFF). We want to offer congratulations to all and thank them for sharing their experiences. Enjoy the reading!

My name is Tatiana Alonso Amor and I am a postdoc working at the Swiss Tropical and Public Health Institute in Basel. My everyday working life involves producing quantitative evidence to support decision-makers in Africa in their fight against malaria. But what does this mean exactly? With the help of mathematics and some very cool computers, we are able to simulate how different policy scenarios would affect the transmission of the disease. One of the most beautiful aspects of my work is the constant interaction with people from all sorts of backgrounds pursuing the same objective: reduce malaria and thus improving the life quality of many.

When I read that Karger was inviting PhD students and post-docs to participate in the 5th Filmmaking Marathon, it felt like a no-brainer. What better way to learn new ways of communicating complex topics to a wide audience than making a scientific short film? As soon as I sent my application to participate in the event, I started thinking about ideas for the short film. I knew I wanted to talk about the importance of using quantitative evidence for decision-making and highlight that this is something that, in many instances, policy-makers already do. At the same time, I wanted to point out that this is something we also do all the time in everyday life. That is how the idea for “Decisions” started. I teamed up with two great scientists, Lita Palomares and Jagannath Biswakarma, and with Albert Blanch, the amazing filmmaker. Now that the marathon has ended, I am looking into ways to incorporate what I learned into my current work, making short explanatory videos of the work that we do and showcasing how this type of work can help in the fight against malaria.

Science is beautiful, and it’s better when shared and understood by all.

My name is Nicole Friedli, I studied psychology at the University of Zurich and while searching for my PhD position of choice, I’m currently working as a research assistant. In my free time and in the course of previous jobs, I’ve been passionately involved in several commercial, creative, and scientific film projects. Accordingly, when my former professor forwarded me a call for applications to take part in the Scientific Filmmaking Marathon at UZH, I was very excited and immediately applied. Luckily, I was invited by Karger and soon after, I handed in my very own idea of a short film project.

The idea for the movie “What do you know about Molly?” emerged while I was writing my Master’s thesis on white matter alterations in chronic MDMA (also known as ‘ecstasy’) users. While diving into the topic, I was missing an explanatory video combining the acute subjective effects of the substance with the action MDMA takes on the neuronal level.

After my pitch of the idea on the first day of the Filmmaking Marathon, I was very happy that five inspiring researchers and a very competent filmmaker joined the team. We immediately dove into the topic and after three intensive days of story-writing, organising, filming, drawing, animating, and editing, our short film was ready to present to the other participants of the marathon.

I personally think that films are very powerful in transporting scientific findings to a broader audience due to their creative and often entertaining properties. For this reason, a while ago I started planning my own scientific short film series. As I will need skills in animation to realise my project, during the filmmaking marathon I concentrated on the animations for our short film. As expected, the event served as the perfect opportunity to gain introductory knowledge in this field. And last but not least, seeing all the beautiful projects other researchers and their mentors created as well as finally seeing our finalised project on the Filmpodium screen alongside movies by professional filmmakers was a huge motivational boost for further projects.

I’m Christoph Häfelfinger and I’m a medical student in my second clinical year, currently working on my Master’s thesis in a neuroscience lab. For the future I am planning on becoming a surgeon and a scientist. In learning how to make a film, we as scientists get the potential to present our thoughts and work in an emotionally captivating and graphic way. Personally, I am convinced that new forms of communication, such as short films, have the potential to bridge the contemporary trust gap between science and society. Thus I am thus very thankful to Karger Publishers for making this amazing workshop happen and inviting me to participate in it!

At the Filmmaking Marathon (FMM), I was able to connect with a team of amazing scientists with diverse talents. In our piece “What do you know about Molly” we did our best to illustrate the effects of MDMA (ecstasy) on two levels: its action in the brain and its effects on the human. In achieving our goal, we managed to acquire new skills in animation and acting. By aligning our creativity and experience, we were able to create an exciting piece tailored towards various knowledge levels (I hope you enjoy it!).

The FMM has sparked the idea of creating a YouTube channel for conveying scientific topics to a broader public. I am very excited to use and further develop my newly learned skills with a colleague with whom I was working on the MDMA movie. Further down the road I also see myself using filmmaking in my own scientific and clinical work as a surgeon in order to break down abstract concepts into tangible pieces of information.

I am Celestin Mutuyimana from Rwanda and I am a PhD student at the University of Zurich Department of Psychology in Switzerland. My area of interest is trauma-related disorders, focusing on identifying unrecognised long-term effects of trauma and the corresponding healing strategies. Because of the history of genocide against the Tutsi in my country in 1994, I had a big dream to become an activist for positive social change, resilience, and trauma healing in the community. Since then, I have developed three strategies to achieve my goal: Research, community-based therapy, and making films for a wide audience. I tried the two strategies but I had no idea how to implement my last strategy. I was very busy with research and thought it was not possible to combine research and filmmaking.

Surprisingly, I found an ad from Karger Publishers inviting scientists to participate in the Filmmaking Marathon. The invitation message was very motivating and showed how useful it is for scientists to connect their scientific knowledge with film and bridge the gap between scientists and the general public. As a result, I applied and my application was positively received and supported by Karger Publishers and I received a ticket for the Filmmaking Marathon.

During the marathon, I made a film showing how trauma survivors live for long periods with collective and cumulative unhealed psychological wounds that can only be healed through a specific community-centered and cultural approach. Through this process of filmmaking, we learned a lot of useful skills. First, we learned how to put a scientific idea into a form that an audience can understand. Second, we learned how to create a script for a film and make it short and stable. We had the opportunity to film, take photographs, and edit videos. Finally, with the help of professional filmmakers, we learned different strategies to find the appropriate music, footage, and images for the film. I plan to use these skills in making more videos aimed to help survivors heal their traumatic wounds. So I think film studies is important because it helps bridge the gap between science and society; it helps scientists improve their creativity, use their talents, and network with other people.

My name is Lita Palomares, and I’m from Peru. Currently, I’m doing my PhD in Public Health & Epidemiology at the University of Basel. Also, I have a Master’s in Food and Nutrition Management and Teaching, and a professional degree as a Licentiate in Nutrition. I wanted to take part in the 5th Science Filmmaking Marathon 2021 because I have loved movies since I was a child; I feel that we can learn so much through a good movie, documentary or short film. I found that this Filmmaking Marathon experience was full of learning experiences for me.

My short film, “Decisions”, was made by an international team and invites us to reflect on how we make decisions every day in our lives. This short film emphasizes that we must trust in science. I plan to continue using the skills I acquired for the future and someday make a full-length film. I strongly believe as a scientist that it is important to communicate our findings in a way that is easy to understand for every member of the public, and audiovisual projects help us to do that. Finally, I learned something very important in the 4th Global Science Film Festival, namely that the shortest distance between science and society is cinema.

Watch the short films “Soul Wound”, “What do you know about Molly”, “Decisions” and others. 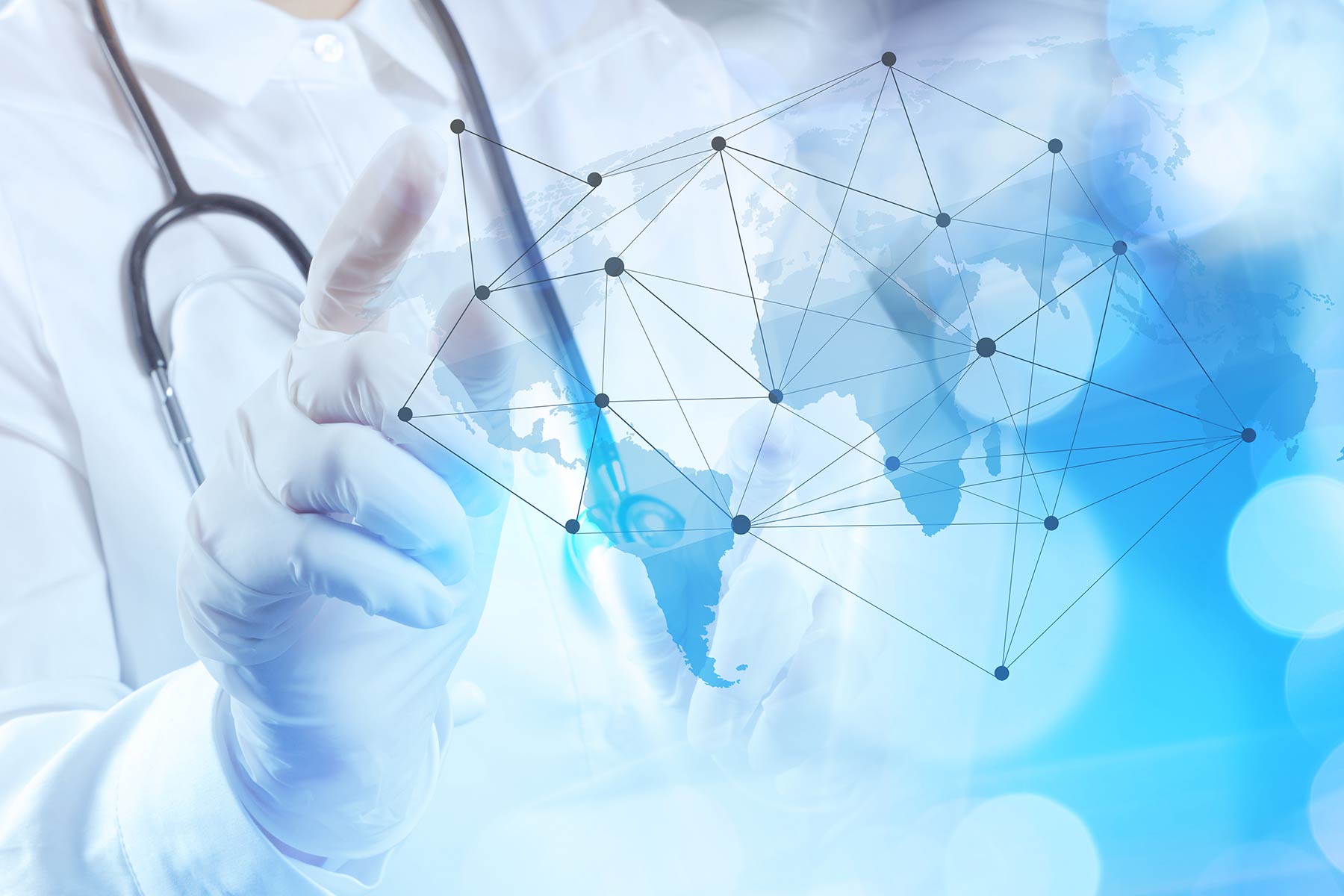 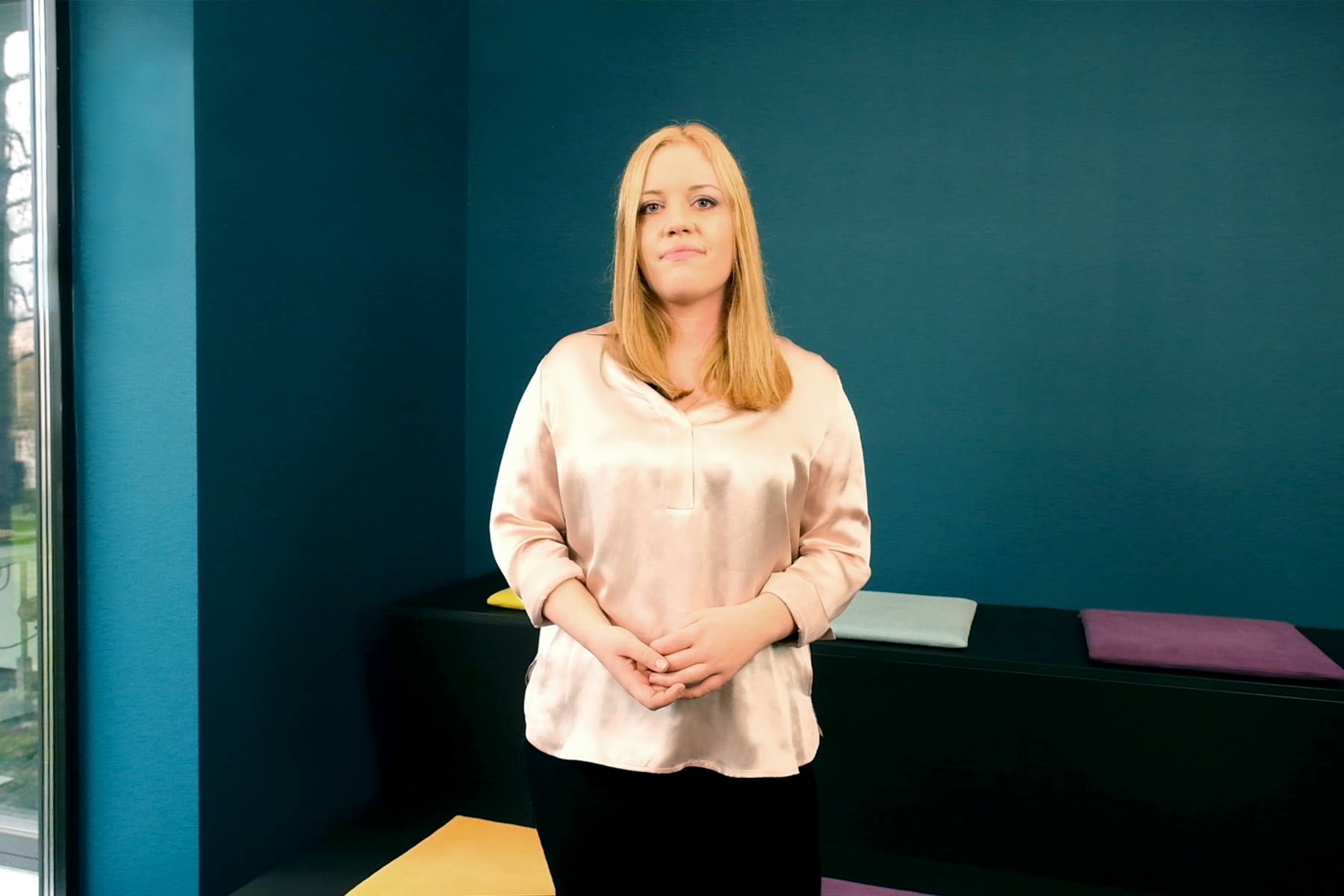 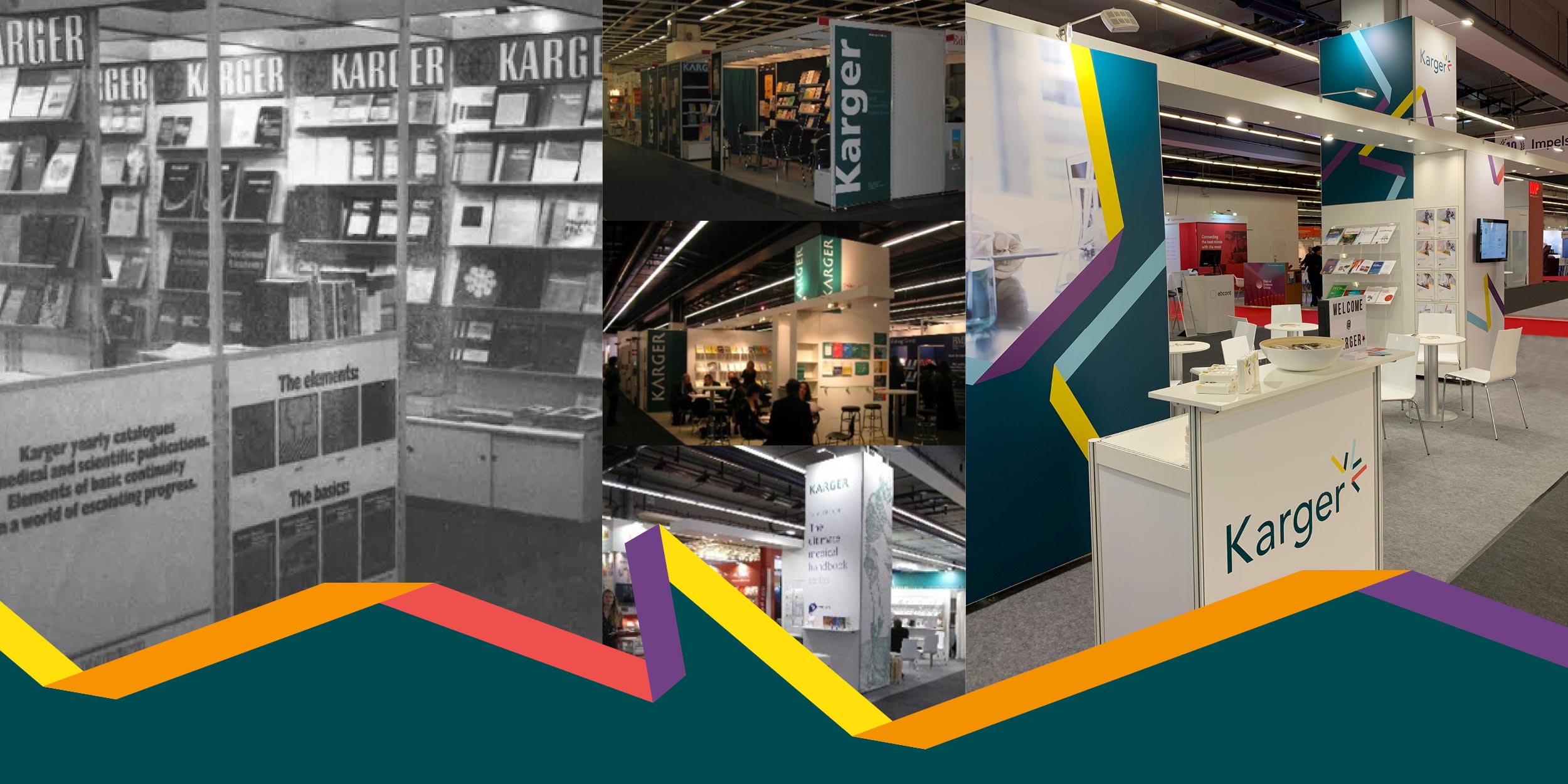 The Frankfurt Book Fair (FBF) has been a fixed star in Karger’s calendar for a long time. Indeed, this year...